ALL THE RECENT NEWS

These recommendations and protocols were created through many meetings with the 667 membership through committee meetings and townhalls.
While the Section 21 Covid-19 Guidance Document will be the principle document used in Ontario, the IATSE 667 Return-To-Work Recommendations and Protocols document is meant as a reference and starting point for discussions with producers when discussing going back-to-work safely.

Please go to my website for some delicious, calorie free entertainment!

Here is the link: www.prudenceemery.com

Starting on Friday March 13th, production across North America started to shut down.

The nominees for the 2020 Canadian Screen Awards were announced today by the Academy of Canadian Cinema & Television.
Congratulations to IATSE 667 members nominated for their work:

Congratulations to the Camera Crew of The Lighthouse shot in Yarmouth Nova Scotia in 2018.

Congratulations to 667 Director of Photography Brendan Steacy!
Brendan Steacy, csc, has been nominated for an ASC award in the category of
Episode of a Series for Non-Commercial Television for his work on Titans "Dick Grayson"
Winners will be announced at the 34th Annual ASC Outstanding Achievement Awards held on January 25, 2020, in Hollywood, CA.

Congratulations also go out to our 669 family for their nominations:
Episode of a Series for Commercial Television:
C. Kim Miles, csc, for Project Blue Book "The Flatwoods Monster"
Motion Picture, Miniseries, or Pilot Made for Television:
Craig Wrobleski, csc, for The Twilight Zone "Blurryman" 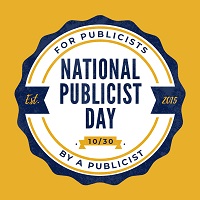 The very first press release, written by Ivy Lee - "the father of modern PR", was printed verbatim by
The New York Times on October 30, 1906.

When a train accident in New Jersey killed 53 people on October 28, 1906, Ivy Lee convinced the Pennsylvania Railroad to issue a public statement and give interviews with journalists brought to the scene.
The New York Times was so impressed by this approach to corporate communication that on October 30, they printed the public statement as the very first press release and called it a "Statement from the Road".

IATSE Local 667 Director of Photography Paul Sarossy worked with Atom Egoyan on GUEST OF HONOUR which has been invited to TIFF and GUEST OF HONOUR has been Officially selected to Competition at the Venice Film Festival !!! 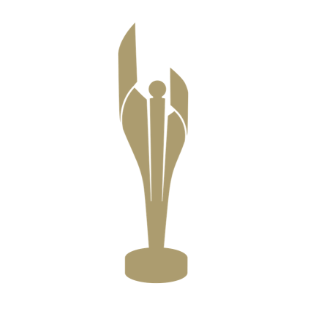 Congratulations to our Members and all those who won and were recognized at the Canadian Society of Cinematographers Awards.

March 25, 2019
Exhibit Opening Saturday June 8th and running all of June in Barrie

Please come to my opening reception this Saturday June 8 at Art in House in Barrie from 6:30 - 9:30 .PM.  Jeff Buchanan and I, Peter Stranks will be showing some of our latest work as part of the Focus on Simcoe show, running the month of June.  Art in House is located on Lakeshore Mews, which is the little Mews that runs below Dunlop Street East at Mulcaster, and there is a parking lot, so no excuses! My pieces explore my latest photographic explorations into the human shadow and the bag we drag behind us.

The I.A.T.S.E. celebrates it's 125th year and here is a great video to commemorate the people and the accomplishments

November 6, 2018
SCREENING TONIGHT: Liam and May, a Short Film by our IATSE 667 member Keith Murphy

New Studio Space Update As we had announced in our recent studio update, CBS has formally announced their new 260,000 square foot facility in Mississauga. There will be 6 sound stages, offices and other facilities. It will be located at Dixie Road and Matheson Blvd. East. The new complex is scheduled to be open in early 2019. Please see the links for the press coverage.

Showcasing of a diverse and impressive talent base of award winning, highly skilled Directors of Photography working both in Canada and Internationally. 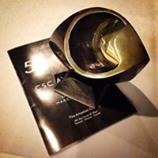 The major shakeup in Canada’s studio scene was revealed Thursday morning, with terms of the deal undisclosed.

In entering the studio business, Bell Media stakes a larger claim for its Bell Media Studios brand, which the company has been developing over the last year and was a partner in the recent unscripted series The Launch with Insight Productions and Big Machine Label Group. The Bell Media Studios banner was ... 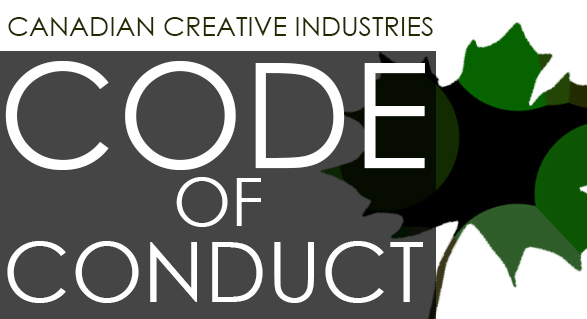 February 12, 2018
MPAC President Wendy Noss speaks to guests at the "Behind the Red Carpet" event in Ottawa

Fantastic evening Wednesday in Ottawa at "Behind the Red Carpet," hosted by the Motion Picture Association of Canada. The event was held for MPs, Senators, and government staff to demonstrate the Canadian behind-the-scenes jobs that are created by the film industry. The IATSE booth featured UAV's (unmanned aerial vehicles) and various cameras. Some brave guests tried to focus a camera on someone walking up to, and then sitting in, the throne from Reign, built by our talented members. Special thanks to film locals IATSE 873, IATSE 856 Manitoba, IATSE 849, International Cinematographers Guild IATSE Local 667, and IATSE 514 for all their assistance to the International! @MPACanada # ... 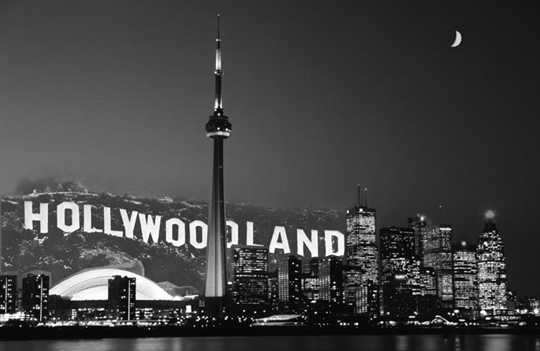 Keifer Sutherland speaks on the need to support Toronto’s growing film industry, from the set of Designated Survivor - shot by IATSE Local 873, International Cinematographers Guild IATSE Local 667, and I.A.T.S.E. Local 411. More studios are needed to continue the growth. Thousands of letters have been sent to Toronto City Council in support of expanding the Portland studios - over 1,400 of them from Local 873 members and permittees. Thanks, Keifer! #xoTOfilm

The new facilities, named Titan Studios, were unveiled at a press conference Sept. 7 hosted by Cinespace president and CEO, Steve Mirkopoulos, and Toronto mayor, John Tory. A total of 50,000 square feet will be added to Cinespace's Kipling Avenue location, between the two new studios and support space connecting them. Mirkopolous told Playback Daily that they're hoping to open Titan's doors in August of next year.

"When I go out selling our film industry, the one ...

Further to the Canadian Labour Congress's convention in Toronto, delegates at the IATSE Convention in Florida passed a resolution to work with the CLC on a campaign for a national, universal, single-payer, and public prescription ...

The IATSE condemns the violence and hateful views of the white nationalists in the Charlottesville, Virginia, rally. Our hearts go out to Heather Heyer, state T...roopers Lieutenant H. Jay Cullen and Trooper-Pilot Berke M.M. Bates, and their families.
Equal rights are the cornerstone of the labor movement. We believe that equality for all is a basic human right and we actively oppose all forms of unlawful and unfair discrimination.

Financial Health in Canada's TV, Film and Theatre Industries: A Survey The AFC, the lifeline for Canada's entertainment industry, is conducting a national survey to understand more about entertainment industry workers and household finances. The AFC wants to learn more about the whole picture of the workforce to help it plan its future and ensure that it's a strong lifeline, providing emergency financial aid for years to come.

Even if you've never used The AFC in the past and never use it in the future, your response is still important.

This survey is for anyone who works as a union or guild member in TV, film, and theatre, but The AFC remains committed to ...

July 4, 2017
The Importance of Stills Photographers on Set

“There’s been a still photographer on film sets since probably 1915.”  and here's why.... https://medium.com/art-science/when-behind-the-scenes-movie-photos-finally-see-the-light-e137373d9b16

June 2, 2017
How Toronto’s film and TV production has surged past $2 billion

How Toronto’s film and TV production has surged past $2 billion Read here ...

April 28, 2017
Camera operator Mike Heathcote “moves with grace and precision of a dolly” on upcoming series The Handmaid’s Tale

April 11, 2017
Quebec Production Bounces Back on Strength of High Tech

In addition to traditional work, Montreal and Quebec are spearheading virtual reality and augmented reality content creation A wave of fresh changes to Quebec’s film and TV tax credits is sweetening the bid for Hollywood productions — and also giving a hearty boost to virtual reality projects.

The Department of Business announced today that, based on the number of productions it projects will shoot in the province this year, the total budget for the program has been increased to $16.9 million. To forecast demand for the fund, the government and industry monitor funding applications and track the year each production is expected to be completed and paid out.

Almost a year after the camera assistant was killed on a Midnight Rider railway shoot in Georgia, the parents of Sarah Jonesare at the Sundance Film Festival today to further their goal of promoting the need for greater industry safety precautions and instructions. “Sarah was a vibrant and eager person who loved her work,” Elizabeth Jones said here. “She went all out to do her very, very best, and her life was cut short.”

Added Richard Jones on the legacy of his daughter’s death: “We want it go beyond talk and beyond concern. We want it to ...

One of those roles that’s often misunderstood or under-appreciated is that of the unit publicist, a publicist who focuses on a film’s production. See the full article http://www.filmindependent.org/blogs/do-you-need-a-unit-publicist-yes-heres-why/?utm_source=7.15.14+Tuesday+Email+Blast&utm_campaign=11.05.13+eblast&utm_medium=email#.U9pd2mdzZ9C

Dear Members:    Effective July 1, 2014 every person working in Ontario (regardless of province or country of residence) will be required to have this new certification.

Requires that all workers and supervisors (those who may supervise the work of another team member) must complete the Safety Awareness training program as soon as practicable; Requires employers to maintain a record of training, and provide workers and ...